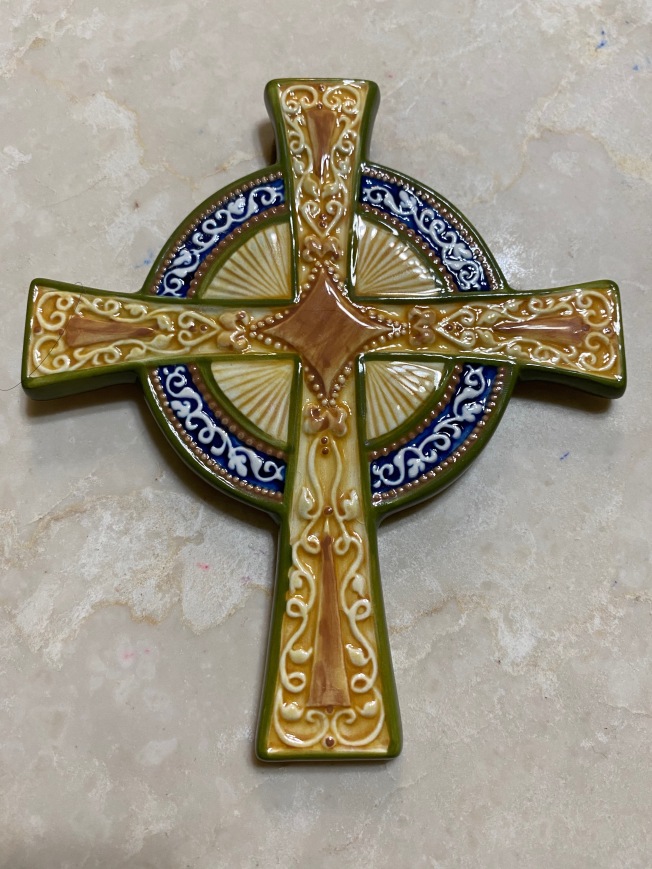 Easter will not be the same this year.  At least not in terms of the modern American celebration of Easter.  Our church is pretty casual compared to many, but even we dress up a little fancier, sing a traditional hymn or two, and have an Easter egg hunt after worship.  But this year, in the midst of the Covid-19 mandated social distancing, we will not be together with the larger church family.  We will watch our worship service from home with our immediate family and miss being in close contact with our community.

This time in which we find ourselves is strange and disorienting. It is also scary and anxiety producing. Trying to protect ourselves and our families from an invisible germ that can sicken and even kill is a terrifying prospect.  As we should, we isolate, stay home, and try not to let the stress overtake us.

But we will not be the first group of people who were isolated and scared on Easter.
Our focus on Jesus’ resurrection is joyous, and we sing hallelujah in response.  But on that very first Easter, Jesus’ disciples had no certainty how the story was going to play out.  All they knew was that Jesus was dead, and they were now targets.

In John’s narrative, Jesus’ follower and friend Mary Magdalene visited the tomb early on Easter morning while it was still dark and found the tomb empty.  John 20. She hurried to Peter and John who also ran to the tomb.  Upon finding Jesus gone, Peter and John returned home.  Mary Magdalene stayed, distraught and weeping.  The women who followed Jesus were seemingly able to move more freely because they were probably not on the leaders’ list of Jesus’ compatriots who could cause trouble.  The men who closely followed Jesus gathered in a house with the doors locked because they feared that the leaders who killed Jesus would kill them too.

Later that morning, Mary Magdalene encountered angels and then Jesus himself.  She was the first to meet the risen savior.  She told the disciples all that she’d seen and that Jesus was alive.  But by the time Easter evening came, the men remained behind locked doors, huddled together, worried, upset, and scared.  When we talk about the disciples being afraid, we often view them with disdain: if they just had a little more faith, they’d have taken to the streets and freely exclaimed their friendship with Jesus.  Looking at their situation now, I feel more sympathy for the disciples.  They had every reason to be concerned for their safety. Actually, they were smart to stay under cover until they thought the threat was over.

At some point that night, Jesus suddenly appeared to the disciples in the midst of the locked room.  Jesus proclaimed, “Peace be with you.”  Depending on the gospel account, the disciples were terrified because they feared Jesus was a ghost and then overjoyed when he proved it was him (Luke 24:36) or simply overjoyed (John 20:19).  But either way, Jesus made his way into their place to lessen their fear. Jesus’ purpose was to make his presence known and to comfort them.

This year, we will miss out on the trappings of our normal Easter gatherings. Instead, we will be more like the original disciples isolated in their room.  And, we will continue to do the smart thing and stay in our homes until the threat is over.  But just as Jesus wanted the disciples to feel his presence in order to ease their fear and give them peace, he wants us to feel comfort and peace in our hearts, minds, and spirits.  Jesus was with his disciples on that first Easter, and he is with us today and always.