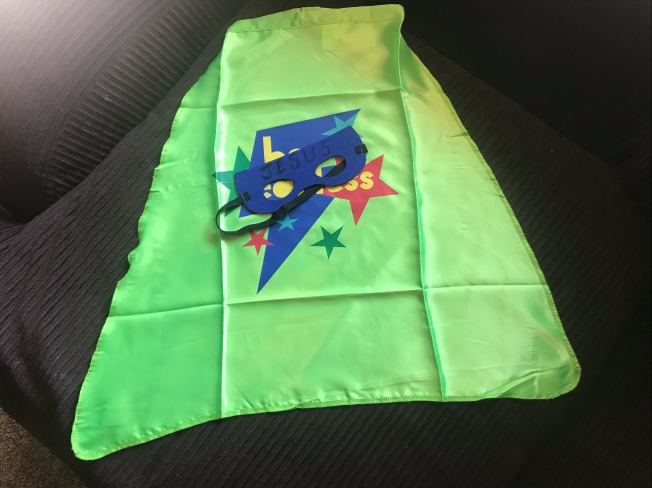 There are downsides and upsides to belonging to a small church.  Because there is not a person paid to organize the children’s education program, sometimes things fall through the cracks, usually due to some miscommunication.  For example, when the person who faithfully volunteers to lead Sunday morning children’s worship is out of town, and no one else plans a lesson even though she thought someone had agreed to do so.  The upside is that in a small church, most people notice what is going on and will step in to help when they see a hole that needs to be filled.

And so it was this past July, when I realized that the kids lined up in the hallway headed to children’s worship lacked an adult ready to lead them.  I scrambled to come up with a story to teach them. Suddenly, the idea of “Christmas in July” popped into my head.  I’d seen plenty of commercials for Christmas in July sales and the Hallmark Channel was playing movies with snow and holiday decor.  The kids confessed that they were not familiar with the phenomenon, so I tried to educate them on the concept that some of us like Christmas so much that we like to think about it in the middle of the year as well as in winter. So, we read the nativity story, and began our discussion.

That was when things went off the rails a bit.  The youngest child was soon to be in kindergarten (and new to the class), whereas, the oldest ones were getting ready for fifth grade (again, small church, so all the elementary aged kids hang together).  Somehow, and I can’t exactly recall how, we ended up talking about superheroes.  We went around the circle and each person named who his or her favorite superhero was. Then, God bless him, one of our fifth graders provided the connection I needed to tie it back to Jesus.  “Jesus was like a superhero,” he said.  “Yes!” I declared.  “Jesus was like a superhero in the way he treated people and how he always wanted to help people.”

After it was over, I found my young friend’s dad to let him know what had happened and why his son might now believe that Jesus had superpowers akin to those we see in the movies.  Thankfully, the dad smiled and laughed.  However, I felt like I’d failed big time.  I had images of the child growing up to share a horror story of how some idiot volunteer teacher lied to him at five years old when she said Jesus had superpowers. He would relay what a disappointment it was to find out it was not true as he grew older.

But the whole episode made me wonder if in our heart of hearts, we wish that Jesus really were a superhero getting rid of the villains in our lives. Or a magician?  Or Santa Claus?  Or a genie in a bottle granting all of our wishes?  We want God to be what we want him to be and do what we want him to do.  And if life does not work out the way we expect, we are disappointed.

We tend to look at the miracles in the Bible that Jesus performed and question why he does not intercede in our lives the way he did when he was physically present in this world.  It’s true that Jesus healed some (but probably not all of the) people who came to him and changed the weather a few times to demonstrate his divinity to the questioning crowds. But he also spent most of his time telling stories trying to teach people about who he was and how to love.  And he enjoyed socializing over a meal.  Were those sermons and conversations and dinner debates as important as the “big” miracles?

Do we think that God is no longer in the business of engaging in our lives because we don’t see the type of miracles that are portrayed in the Bible? What kind of miracle would Jesus have to perform to get our attention in our modern, technologically, medically advanced world anyway?  Fire shooting from his fingers?

Maybe, instead, we should look for evidence of Jesus in the quieter moments of connection with others.  We could attempt to channel God in the ways we choose to help others.  Building strong, healthy relationships is one of the most significant ways we can experience God’s love.  Taking the time to discuss issues and dive deep into one another’s lives is the day to day vision for life that Jesus may want for us.

God may be showing up daily in the little, consistent miracles.  Let us look for the love of Jesus in the everyday moments. Instead of being disappointed in the absence of superhero miracles, we might be pleasantly surprised in the ways we actually see his presence in all of our lives.